Glam Travel for Glam Ma and the Family

Glamma's Sonoma Race Track Adventure / perfect for teen grandkids
Danica Patrick watch out.
Glamma dons a sombrero in San Miguel de Allende
A wonderful place to explore art and culture with the Grandkids
Paris on a Budget / Any age will love it here
No need to give up those croissants
Turks and Caicos / Beach resorts cater to the children
Grace Bay Club rocks
When In Rome / Grade school to college dream trip
Positano is Paradise Found / Adults
Shangra-La exists
Glamma goes Mountain High
If adventure suits the family this is perfect!
Glamma's San Francisco
Your family will leave their heart in Hayes Valley
Legends of Newport, Rhode Island
A Reality Adventure reveals the magic of Newport
Diamonds Are a Girl's Best Friend / The Kids will love it too
Nemacolin Woodlands sparkles
Warhol Tales
Gallery Crawl with Tom Sokolowski, Warhol Museum Director
Tanglewood Tales
Wheatleigh Hotel and other Massachusetts Finds
Glamma finds the lost resort of Atlantis
Swimming with Dolphins ... Oh MY
Budapest Sparkles in December
Magical Budapest
Glamma's Perfect Five Days in Paris
Paris is perfect any time of year or season!
Five Days in Paris page 2
Day Five and Where to Go
Glamma's Hilton Head Island Tour
A true family resort!
Melbourne, Australia
Melbourne goes to the races
Brandywine Valley
The Days of Wine and Mushrooms
Blissful Retreat in the Desert
Miraval Spa works its magic
Glamma's diet in The Hamptons
Summer Produce at its best. 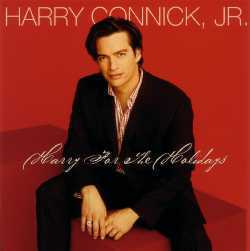 He’s a little bit Hollywood, a very big music star, and a whole lot of holiday spirit. Like Santa and his reindeers, Harry Connick Jr. and his Big Band wing into town December 9th for a gala Holiday concert at the Benedum. (His new Columbia album,“Harry for the Holidays,” coincides with an NBC Special airing December 23rd). It’s hard to pin the young, multi-talented, singer/actor/pianist/composer/arranger to one style. He’s recorded four multi-platinum, three platinum and three gold albums, had three Grammy awards, and been nominated for an Emmy, Cable Ace, Golden Globe, Tony and an Oscar. So, I decided to ask how it all began:

What about growing up in New Orleans made you so passionate about music?

"It’s such a center for different types of music, and growing up there I was exposed to so many great musicians and their styles, that you can’t help but be influenced by it. (He studied with two jazz greats: James Booker and Ellis Marsalis) I also used to listen to a lot of Louis Armstrong. There are styles I haven’t yet explored, but I think for me, it’s best to stick with what I know, which is fairly broad."

Did your children influence your musical choices for this holiday album?

"Not really, (he laughs), or the album would be all ‘Frosty’ and ‘Santa Claus is Coming to Town’. They heard it when I was doing it, and let me know what they thought, but it was pretty much me picking or writing the songs, getting together the best record I could."

Are the new songs about your own childhood?,/>

"Sort of. ‘The Happy Elf’ is a typical secular happy feel-good song about how cool it would be to work in Santa’s workshop, and ‘I’m Gonna Be the First One (Up on Christmas Morning)’is based on how I felt as a kid when I was the first one up and had to wait for everyone else to open presents. But, ‘Nothing New for the New Year,’ is a sad song about a guy whose heart is broken every NewYear when he realizes he doesn’t have anybody to call his own, and ‘I Come With Love’ is based on Christ and how I wondered about his understanding of who he was."

Do you make your children wait for you to open presents?

"Of Course. My wife I have three kids, and they have to wait for us to get up, just like we did."